SWAZI KING SPENDS AS HE PLEASES 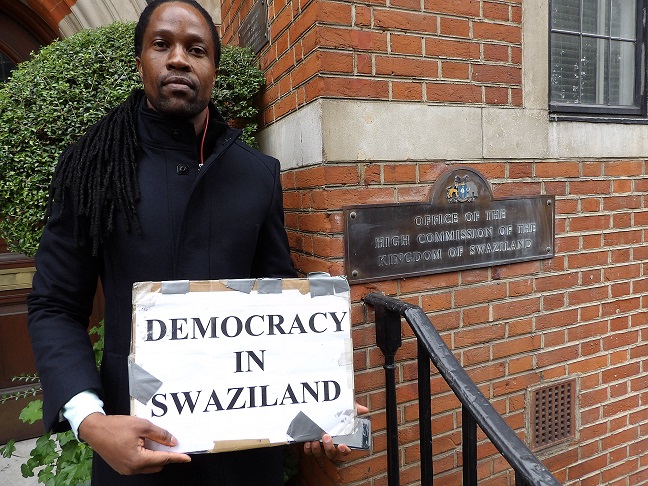 There is no oversight on how Swaziland’s King Mswati III, his fourteen wives and vast royal family spend public money. In Swaziland the King’s word is a proclamation. Once he speaks nobody is allowed to question him.

The truth about of the King’s spending has been consistently hidden from the Swazi people, his budget is never debated in parliament, and audits of the budget are only presented to the King himself and the Royal Board of Trustees chaired by the minister of finance.

Media in Swaziland have access to the full budget estimates which contain information about the King’s budget but do not publish it. State media in the kingdom are heavily censored and the private media censors itself when reporting about the King. The source of much of King Mswati’s income remains a secret.

In 2009, Forbes magazine estimated that the King himself had a personal net fortune worth US$200 million. Forbes also said King Mswati was the beneficiary of two funds created by his father King Sobhuza II in trust for the Swazi nation. During his reign, he has absolute discretion over the use of the income. The trust has been estimated to be worth US$10 billion.

It reported that MTN, which has a monopoly of the cell phone business in Swaziland, paid dividends directly to the King. He holds 10 percent of the shares in MTN in Swaziland and is referred to by the company as an ‘esteemed shareholder’. It said MTN had paid R114 million (US$11.4 million) to the King over the past five years.

The newspaper also reported that the King was receiving income from Tibiyo TakaNgwane, which paid dividends in 2013 of R218.1 million. The newspaper reported ‘several sources’ who said it was ‘an open secret’ that although money generated by Tibiyo was meant to be used for the benefit of the nation, Tibiyo in fact channelled money directly to the Royal Family.

Meanwhile, seven in ten of Swaziland’s tiny 1.4 million population live in abject poverty with incomes less than US$2 a day; three in ten are so hungry they are medically diagnosed as malnourished and the kingdom has the highest rate of HIV infection in the world.

Despite the poverty of the kingdom, King Mswati continues to live a lavish lifestyle. He has 13 palaces, fleets of top-of-the-range Mercedes and BMW cars, at least one Rolls Royce and a private jet.