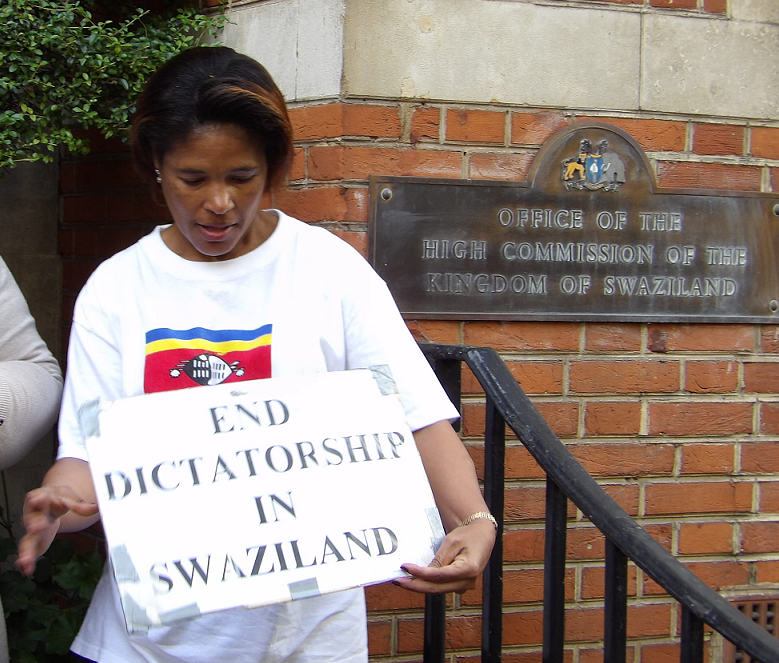 In the past weeks Eswatini has been plagued by violent clashes between security forces and protesters calling for democratic reforms. With over 70 people confirmed dead, over 200 hundred injured and billions of Emalangeni in damages, these protests mark the country’s most explosive civil unrest since the country gained independence 53 years ago.

The pro-democracy protest reached a boiling point after the submission of petitions to have an elected Prime Minister was banned, and police response to peaceful protests with violence (the use of teargas, rubber bullets, mullets and live ammunition) shooting and killing civilians. This led to protesters burning and looting properties and businesses that are linked to the king. These businesses are where the king has the majority of shares. As the pro-democracy protest escalated, internet access to the outside world was blocked for the whole country for a number of days while the strike raged on.

However, at the time, the acting Prime Minister Themba Masuku consistently denied that security forces were killing civilians or that the government had shut down the internet despite confirmations from the MTN Group and other network providers. The internet black-out was clearly an attempt to disrupt the flow of information regarding the crimes committed against humanity by the king's government, to the international community.  In the midst of all this, the king who is supposed to look after the civilians disappeared when the nation needed him the most, he was so quiet as if everything in the country was normal.

On the 1st of July 2021, the king’s first born, Princess Sikhanyiso, who is also the minister of ICT spoke on a voice note which was broadcast in Eswatini national radio station and circulated through social media addressing the nation.

She acknowledged the petitions that had been delivered to different Tinkhundla had assisted them a lot including the submissions made by some MPs regard to how the lives of citizens in the country could be improved. She said the acting prime minister had already alluded to the issue as being addressed. She advised that any concerns should be raised with the king who had always encouraged dialogue.  She also sympathised with those who had been injured and those who had their properties destroyed.

She admitted that the behaviour of some royal household members in their spending of the public purse had contributed to the current situation.  She assured the nation that they had listened and accepted several advices concerning the behaviour of the royal family, she asked the nation for forgiveness and for the nation to keep calm.  In her speech she also emphasised that the king and the royal family were in the country contrary to the reports that they had fled amid the turmoil, which did not justify why the king was not addressing the nation if he was in the country because it is the king's responsibility to address the nation in such circumstances.

On the 1st of July 2021 the king’s daughter Princess Sikhanyiso held an interview with the BBC, contrary to her speech above, she denied that the people of Eswatini were protesting against the king. She blamed the country’s unrest on foreign mercenaries who had not only looted and burnt properties within the country but were also killing civilians.

Several reports have cited the king’s armed forces as having attempted to destroy evidence of their involvement in the deaths of protesters. Armed forces allegedly stormed the mortuaries in Good Shepherd (Siteki) and Nazarene Referral Hospital to collect bullets recovered from victims.

Amidst the political unrest, on the 4th of July 2021 the SADC Troika Mission arrived in Eswatini on a fact-finding mission as they had been requested to facilitate the democratic reforms by the Southern African Human Rights Defenders Network (SAHRDN). However, upon arrival there were attempts to mislead the delegation as the civil society was side-lined and members of the king's family and his loyalist were paraded as members of the civil society. However the Troika was set to come back after being alerted that they only met the royal family and the government side. The citizens who were pushing for democratic reforms, then organised a mass protest that took place on Friday the 16th of July 2021.

As the nation was gearing up for the mass protest the king showed up after disappearing for almost three weeks and called for Sibaya (Cattle Byre) a traditional gathering in which the king addresses the nation. The king's decision to summon the nation to Sibaya on Friday the 16th of July 2021, after banning the pro-democracy protests against his government citing Covid-19 third wave was a political hypocrisy. And most Swazis were inclined to join the mass protest than attend Sibaya.

The decision to boycott the king’s summons to the Sibaya at Ludzidzini palace was evidence that the nation was tired of being oppressed, the tipper trucks meant to transport those who wished to attend the Sibaya were empty or had a few passengers. Nonetheless the king delivered his speech to those in attendance. There was no dialogue. He continued as usual with his dictatorship and no one was given a chance to speak, he did not address the grievances of the nation and he never acknowledged that people had been injured or had lost their lives.

In his speech the king appointed Former Public Service Pension Fund’s (SNPF) Chief Executive Officer - Cleopas Sipho Dlamini - as the new prime minister.  The nation was not aware that the king was going to appoint a new prime minister.  The king ignored the voice of the people who have been protesting to elect their own prime minister. He also addressed the recent political unrest in the country and he announced the establishment of a Reconstruction Programme Fund aimed at assisting those that were affected during the recent riots, and that the government would contribute E500 Million. He also invited the nation to make a contribution towards this fund.  There was no mention of any funding for those who are still in hospitals undergoing treatment or for those who had lost their loved ones.

The king said it was unfortunate that people felt frustrated by the Covid-19 regulations which saw the banning of petition deliveries such that people resorted to burning businesses and killing each other. In his speech he denied the reports that he had fled the country or issued a shoot to kill command.

There were media reports saying the king had fled the country to South Africa and later to Mozambique, which have been followed by other reports that the king had unleashed his troops on unarmed civilians. The king denied it all and said all the reports were not true and that those who reported these stories were smoking “dagga”.

In his speech the king misled the international community into believing that he never issued that order “shoot to kill”. The fact that he did not mention the foreign mercenaries in his entire speech, yet Princess Sikhanyiso had mentioned it, misled the nation.

The peaceful protest that was held as the king delivered his speech was however met with brutality as members of the police and armed forces arrested and detained more protesters.  The country’s security forces also shot at protesters in a bid to disperse the pro-democracy protest.  People are living in fear, the harassment from the security forces is taking its toll.  In some cases children who had been playing outside their homes ended up badly wounded by the security forces.

This has to stop, we are calling on the king to hear the civilian grievances and advocate for political reforms.  We are calling on the International Human Rights Organisations to intervene. King Mswati has to face justice for human rights violations and the brutal killing of his own people.