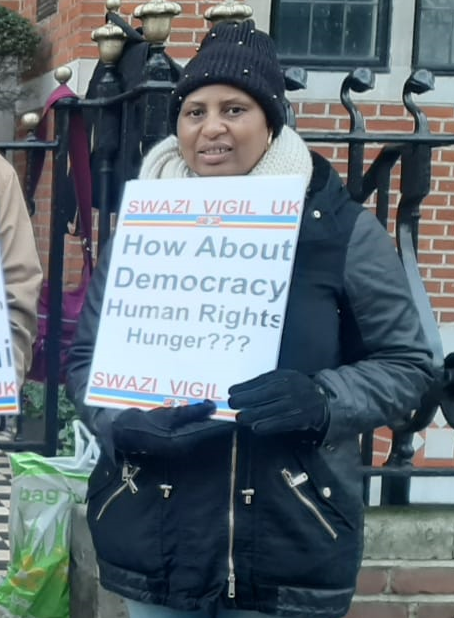 Regardless that all the people including the students were observing the COVID-19 regulations and following government stipulated procedures, the police went ahead and fired live ammunition and teargas just to cause chaos.

Thabani's family nearly lost another member when the police fired  teargas and a child who was asthmatic inhaled the teargas and had to be rushed to hospital for treatment.

It is a disgrace that the Acting Prime Minister had the guts to send a command to the police to go and cause chaos when the family and relatives were morning the loss of their son. As a Swazi I have never heard of such behaviour by the government, under Swazi custom a funeral ceremony is respected, such actions by the government are very much inappropriate and quite un-Swazi.

Acting Prime Minister, Themba Masuku, did not say a word about observing COVID-19 regulations when King Mswati called for the Incwala ceremony while COVID-19 cases were very high in numbers in December. Why was that? was it because he was reserving his post as a an Acting Prime minister? He He could not tell Mswati that he is putting the lives of the nation in danger followed by death because they would infect each other and then spread the disease to their families and communities when the ceremony is over and they go back home.

That is very shameful to the Acting Prime minister Themba Masuku and His Majesty Government..

Currently the kingdom of eSwatini is faced with growing calls for Democracy and An end to Police brutality. Hoping one day we will get there Comrades...