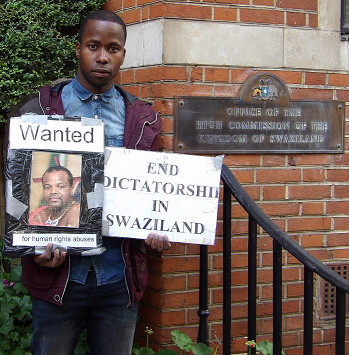 The African Growth and Opportunity Act, or AGOA is a legislation that has been approved by the U.S. Congress in May 2000. The purpose of this legislation is to assist the economies of sub-Saharan Africa and to improve economic relations between the United States and the region. The legislation authorized the President of the United States to determine which sub-Saharan African countries would be eligible for AGOA on an annual basis. The eligibility criteria was to improve labour rights and movement toward a market-based economy. Each year, the president evaluates the sub-Saharan African countries and determines which countries should remain eligible.

On 1 January 2015, the US President Obama issued a proclamation removing Swaziland from the list of sub-Saharan African beneficiaries that receive duty-free access to U.S. markets under the U.S. African Growth and Opportunity Act (AGOA). Some observers fear that Swaziland’s exit from AGOA will have a profound impact on the country’s economy, which is already experiencing close to 40 percent unemployment. A number of experts have credited AGOA with helping to boost the Swazi garment industry; however, without preferential U.S. market access, the industry is expected to contract, resulting in the loss of approximately 17,000 jobs, according to one official from the Federation of Swaziland Employers.