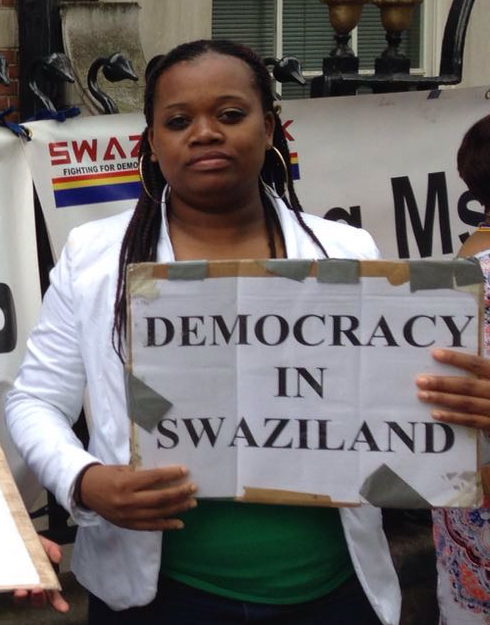 Swaziland has failed in the promise it gave a United Nations review in 2011 to change laws in the kingdom relating to freedom of association and assembly so they met international standards.
Swaziland is ruled by King Mswati III, sub-Saharan Africa’s last absolute monarch. Political parties are banned from taking part in elections; only 55 members of the 65-seat House of Assembly are elected by the people and none of the 30-seat Senate.
In 2011 at a United Nations Human Rights Council Working Group on the Universal Periodic Review of Swaziland, Swaziland agreed to “align the national legislation with international standards to guarantee freedom of assembly and association, in particular as regards the notification of the organization of peaceful assemblies.”

May 2016, Human Rights Watch stated, ‘The [Swazi] government has yet to repeal, or amend as appropriate, a number of repressive laws that restrict basic rights guaranteed in Swaziland’s 2005 constitution, including freedom of association and assembly. On the contrary the government has intensified restrictions on these rights over the past four years. The laws in need of amendment include the 2008 Suppression of Terrorism Act (STA), the 1938 Sedition and Subversive Activities Act, and the 1963 Public Order Act.

‘Traditional leaders and chiefs have powers to restrict access to their territories, and have often used these powers to bar civil society groups and political groups like the Ngwane National Liberation Congress (NNLC) and the People’s United Democratic Movement (PUDEMO) from having meetings, recruiting, or any kind of presence in their areas. In 2011 PUDEMO challenged in court the government’s refusal to register political parties but the court said PUDEMO has no legal standing to approach the court as it did not exist as a legal entity.

‘The Suppression of Terrorism Act (STA) places severe restrictions on civil society organizations, religious groups, and the media because it includes in the definition of “terrorist act” a wide range of legitimate conduct such as criticism of government, enabling officials to use the provisions of the Act to target perceived opponents of the government. The government has also misused the STA to target independent organizations by accusing them of being “terrorist” groups, and harassed civil society activists through abusive surveillance and unlawful searches of homes and offices.

‘Individuals who have been targeted for arrest or prosecution under the STA include the leaders of People’s United Democratic Movement (PUDEMO) and Swaziland Youth Congress (SWAYOCO) who were arrested and detained under the STA in 2014. Police arrested PUDEMO leader Mario Masuku in May 2014, on terrorism charges for criticizing the government in a speech on May 1. At the time of writing Masuku was out of jail on bail pending the outcome of his trial. If convicted, he could serve up to 15 years in prison.
‘Police used violence to halt May Day celebrations organized by trade unions in May 2013. In March 2015 police beat leaders of the Swaziland National Association of Teachers and prevented them from holding a meeting ostensibly because the discussions would have included calls for multi-party democracy.’

‘In August 2014, human rights lawyer Sipho Gumedze attended a civil society event in Washington DC held at the White House to coincide with the US-Africa Summit hosted by American President Barack Obama. At the time, there had been a crackdown on free expression in Swaziland and a number of political and social activists were in prison or facing charges resulting from their criticism of the Swazi King and political system.

‘Gumedze was photographed with a colleague from the Trade Union Congress of Swaziland (TUCOSWA) holding a banner saying “Free Speech in Swaziland NOW!” Soon after, the Prime Minister of Swaziland, Barnabus Sibusiso Dlamini, said, in a speech to Parliament, that Gumedze and his colleague should be “strangled” on their return to Swaziland.

‘Another of these lawyers, Thulani Maseko, spent fifteen months in prison in 2014 to 2015 after he was charged and convicted of contempt of court for writing an article that was critical of the then-Chief Justice Michael Ramodibedi. Maseko was described as a “disgrace to the legal profession” by the presiding judge, Mpendulo Simelane, when he was sentenced. Ramodibedi and Simelane have since been charged with defeating the ends of justice – in essence what Maseko was attempting to highlight in his article.’