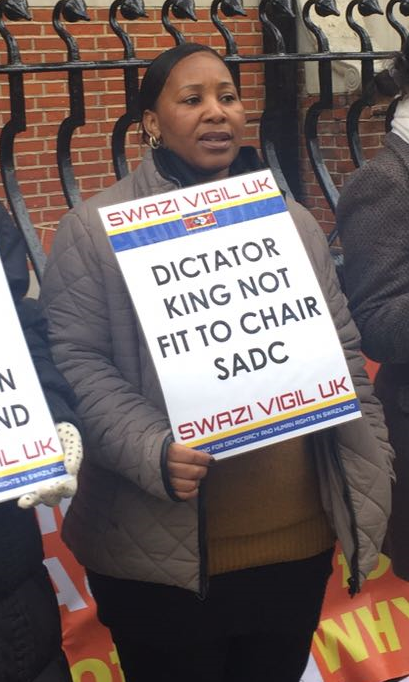 Swaziland is ruled by King Mswati lll who is sub-Saharan Africa's last absolute monarch. The King appoints the government and no members of the Swazi Senate are elected by the people. Political parties are not allowed to contest elections. This is because political parties were banned in the Kingdom since 1973 by King Sobhuza ll, the father of King Mswati lll.

International pressure on Swaziland to democratise has forced the kingdom to review a number of laws. The Public Order Bill of 2016 is presently being discussed in Swaziland's Parliament.

Pro-democracy groups fear the move will criminalize activities of all civil society and pro-democracy groups, including demonstrations and protests against policies of the government. King Mswati III's government has the constitutional mandate to protect citizens from chaos and instability. They also said the law is needed to ensure that security agencies have the necessary legal backing to do their jobs. However, the government is in violation of the bill of rights, which guarantees freedom of movement. The proposed law, The Public Order Bill of 2016 is pre-colonial and will cause dissent in the kingdom.

The act restricts so irrationally and unreasonably the freedom of movement to a point that it gives power to an appointee to determine our rights, which among others are fundamental rights of freedom of movement and expression. The amendment of the law will make things worse for the public, it gives power to the commissioner of police to stop any meetings that is a treat to the government and King Mswati lll.

The Prime minister of Swaziland Sibusiso Barnabas Dlamini said arrests could be effected by the host country in line with their own laws if the gathered people violated certain laws, (Swazi Observer, 5 September 2016) speaking during the debate of the Public Order Bill 2016.

I believe the security forces will be fully deployed to crash any discontent within the kingdom especially during the pro-democracy gatherings etc, so it is up to us who are in the diaspora to sound the alarm and expose Mswati tricks to the world.

Viva Swazi Vigil Viva… we will not stop until Swaziland is free from the power clutches of Mswati's regime!!✊