Incwala Ceremony Amidst a Health Crisis 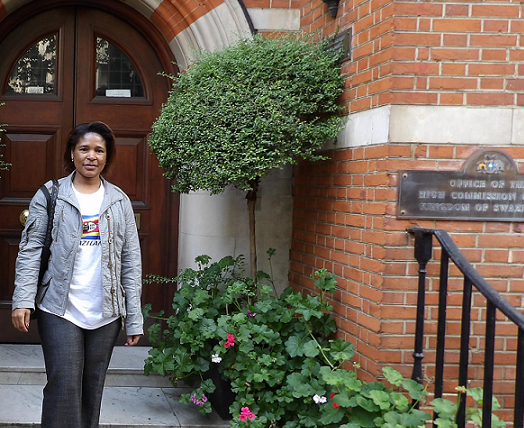 Incwala Ceremony Amidst a Health Crisis

The small country of Eswatini has been struggling against the COVID-19 pandemic since it reported its first case in March of last year (2020). The virus hit the country hard as it was ill-prepared to handle the pandemic, negatively affecting commerce, health, education and other sectors. After the lockdown was implemented, a number of measures were put in place in a bid to slow down the rate of infection, but they have done little to curb the surge of new cases of infection. These measures included mandatory social distancing, the use of sanitizers and wearing of masks in public spaces. Furthermore, the gathering of more than 20 people was prohibited and a nationwide curfew from 8pm-4am was enacted. These measures are enforced by the country’s police force as they arrest or fine anyone found to be in contradiction of these regulations.

Since the beginning of December 2020, the Kingdom of Eswatini has experienced a huge surge in the number of confirmed COVID-19 cases and related deaths. In the midst of all that, King Mswati III shocked the Swazi nation when he announced that not only would the annual Incwala ceremony be held, but that it was open to all members of the public who wished to attend. The Incwala ceremony is a unique cultural event where the nation gathers together and celebrate the first fruit of harvest inside the Ludzidzini Cattle Byre. While gathered in this sacred place the nation also thanks God and the ancestors for all the blessings including rain, peace and the stability of the country. The ceremony has established itself as one of the major tourist attractions in the country, as thousands of tourists usually flock into the country to witness this cultural extravaganza. This year however was a different story as very few tourists were in attendance since the commencement of the event. The nation was shocked by the behaviour of the king, whilst all social gatherings are prohibited to curb the spread of the virus and to ease the pressure on the health system. Why did the Incwala ceremony go ahead? It was just so shocking and confusing for such coming from the king in the midst of the second wave of the pandemic. He is supposed to look and care for the wellbeing of the people, and now he has exposed them to danger, the country has just lost Prime Minister Mandvulo Dlamini due to this virus, one would think  it was a wake-up call to everyone that this virus kills! But it was the opposite to the king with his Incwala! Lots of people were infected in the ceremony, some have lost their lives and the hospitals and COVID Centres are full to their capacity.

Those that tested positive for the Corona virus were unfortunately turned back and sent home, as the designated areas that were allocated for the treatment of Covid-19 patients were full at the time. Adding to the difficulties is the continuing number of healthcare workers who test positive for the virus. Thus, positive citizens are left with no choice but to be taken care of by their ill-informed and inexperienced families, who in most cases have nothing to protect themselves against this deadly virus but facial masks. Unfortunately, the government does not distribute Personal Protective Equipment (PPE) to the carers of the infected as it has been in deficit since the beginning of the pandemic.

It is worth noting that since the end of the Incwala ceremony there has been a shortage of testing kits in the country, as a result hospitals and clinics are currently only testing symptomatic individuals. Citizens who request testing because they have been in contact with an infected person are turned away and asked to return when they start showing signs of infection.

In addition, the prescribed medication for those infected tends to run out as the country has been battling with the shortage of medication since before the pandemic. This further aids the spread of the virus and increases the virus’s death toll.

As the COVID-19 statistics surge in the country, funeral parlours are struggling to cope with the collection of corpses from hospitals and homesteads. The country’s biggest funeral home and crematorium are unable to meet the demand as they have exceeded their storage capacity, they can no longer collect corpses from homesteads and clinics as the rate in which deaths are occurring is too high. The government is not providing them with PPE either, they have had to dig deep into their coffers and procure disposable suites. Despite these precautionary measures the Funeral Homes take when engaging in their duties, a substantive number of their staff members had contracted the virus while rendering their services because of the shortage of PPE.