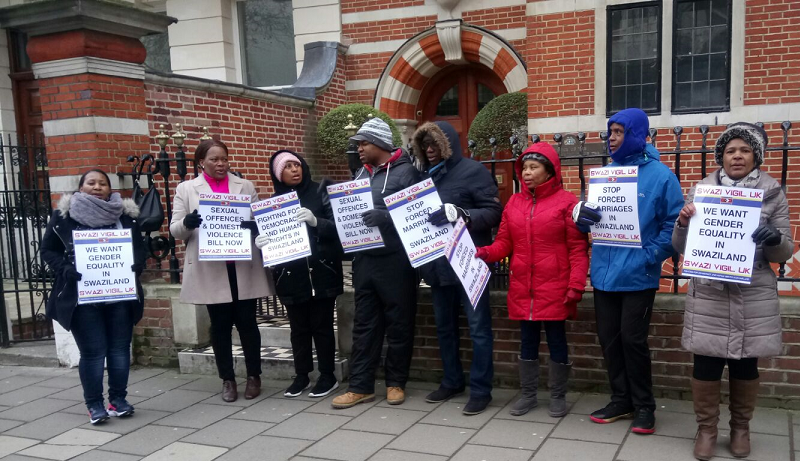 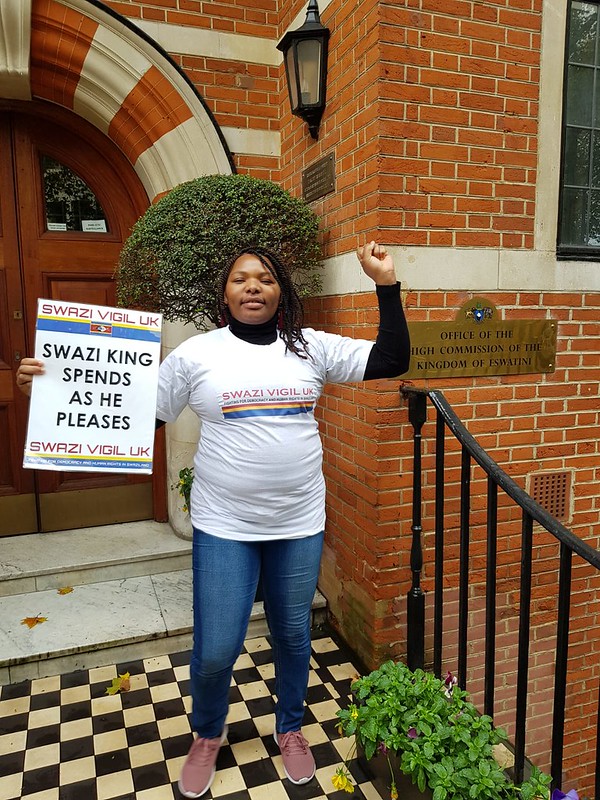 King Mswati III pledges E91million (SZL) ($6million USD) to Global Fund while the situation at our hospitals is even dire, we have gone without medication for months on ends, it is anyone's guess where the money to procure some more drugs and medication will come from. Elderly people don't get their grant, sometimes they go for months without their grant, disabled people are not even in the picture (not taken care of) - talking about orphans - they cannot access education and can go for days without food, yet Mswati has more than enough to give away whilst his own people are starving and scraping by just to stay alive.

First it was Sibusiso Barnabas Dlamini, now it is you Mandvulo! How long are we, as a nation, going to be deprived of our human rights?  New PM is just doing the same as Barnabas was doing.  When the king chose you Mandvulo, the nation was assured that you were going to build a country that all Swazi people will be proud of and you promised human rights to all people, but instead you are continuing Sibusiso’s evil legacy, which means you are failing to deliver on your promises.

This is “like father like son”, no change for the Swazi people.  The king misled the nation and the world on the 21st of September 2018 when the new PM was elected.  The king appointed Mandvulo because he is former PM’s (Barnabas Sibusiso Dlamini) son.  The king is still denying the nation its human rights and the new PM is following in his father’s foot-steps.

The situation is getting worse, in September 2019 the public sector workers, including teachers and nurses under the umbrella of the Trade Union Congress of Swaziland (TUCOSWA), embarked on protests over salaries across the country.  Police responded in a heavy-handed manner, beating and injuring protesters. Earlier in June, police injured at least four workers protesting alleged corruption in government. These incidents occurred despite the new Police Service Act of 2018 that provides that “the police shall respect and protect human dignity and human rights,” and that “police officers are prohibited from inflicting or tolerating any act of torture or cruel, inhuman or degrading treatment.”

No respect of human rights, no freedom of speech, no freedom of assembly and association.  The PM is imposing more severe punishment for those who protest or demonstrate for their own human rights.  Intimidation and threats have never been a solution.

Under the new PM’s government, the health sector is deteriorating, no medication and the government is not resolving the ongoing shortage of medication and people are dying as they can’t even get basic medication including antibiotics.

It is not only medication and injections that are unavailable, in some big hospitals, sometimes there is no food for patients as the hospital kitchens have not received funds for ingredients.

One of the biggest referral hospitals in the country is facing the same problem - food shortages.  Health workers in the country say the government has prohibited them from disclosing the direness of the situation in the country.  They are threatened that should they disclose this information, they will lose their jobs.