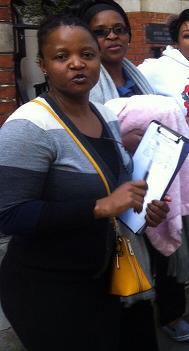 The Parliament of the European Union has demanded the release of imprisoned trade union leaders and all political prisoners in Swaziland and called for an investigation of the situation in the kingdom. A European Union press statement said that the Parliament had called for ‘the immediate and unconditional release of Mr Maseko (a prominent human rights lawyer) and Mr Makhubu (Editor-in-Chief of The Nation), given that their imprisonment relates directly to the legitimate exercise of their right to freedom of expression" and also of all political prisoners, including Mario Masuku, President of the People’s United Democratic Movement, and Maxwell Dlamini, Secretary-General of the Swaziland Youth Congress.

Parliament considers the imprisonment of political activists and the banning of trade unions to be in clear contravention of commitments made by Swaziland under the Cotonou Agreement to respect democracy, the rule of law and human rights, and also under the sustainable development chapter of the Southern African Development Community (SADC) Economic Partnership Agreement, for which Parliament’s support will depend on respect for the commitments made.

It calls, therefore, on the Commission (Parliament’s cabinet) to honour its obligation to monitor Swaziland’s adherence to human rights and to labour and environmental conventions under the Generalised System of Preferences (GSP), and to open an investigation to determine whether there has been a serious and systematic violation of the labour rights protected under the GSP.’

The resolution was passed overwhelmingly and was one of three dealing with human rights around the world. Another condemned the abduction of Zimbabwe human rights activist Itai Dzamara. 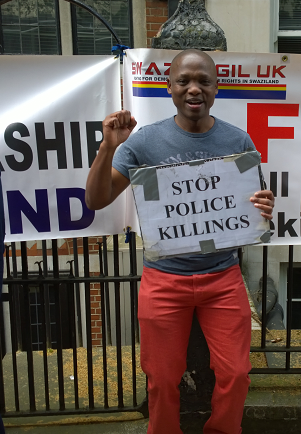 Looking back at the mayhem in our justice system in Swaziland in the past few years, has come to show that the government's commitment to freedom of speech was just a myth. The prime minister has been lying to the nation over and over again. He even went on to bring the worst Chief Justice (CJ) the country has ever seen, a criminal from Lesotho. He was not even vetted as per the regulations. The CJ has been protecting the government and even went on to protect himself and other rotten potatoes within the justice system [1].

The Nation magazine editor Bheki Makhubu and human rights lawyer Thulani Maseko, have been languishing in prison, denied them bail because the CJ - Ramodibedi - saw it fit to do so. Now, the same CJ is hiding from facing the justice system for his own crimes.

Now, looking back at the history of the justice department, tells the whole story. Edgar Hillary, the current minister for justice has got a long history for protecting the king, it comes to show that the justice ministry is protecting the government and the king. Hillary has a history of arresting journalists when he was the police commissioner.

Silencing journalists through contempt of court charges is inconsistent with international obligations to which Swaziland has voluntarily agreed, and protecting the reputation of the judiciary is not a justification for stifling free speech. If murderous and rapists are given bail, journalists and human rights activists are not given bail, it comes to show that the government is after protecting its image. It seems as if the government does not understand why investors are running away; the Swaziland government seems to think the media and human rights activists are to blame for that [2].

US secretary of state John Kerry said, in his address at the Journalism Security Conference early this year, that journalists wont give up and have great confidence in the future of press freedom and the commitment of journalists of every description to go out there and find the truth and report on it, no matter where they are and what the resistance and no matter how stark the danger, no matter how many efforts are made against them [3].

We Swazi people (eMaSwati) will fight to see the day of freedom of the press eSwatini (Swaziland) and we will shout on roof tops and in the wilderness.

Swaziland Has No Freedom of Speech

Freedom of speech in Swaziland is alluded to by the Nation’s Constitution of 2005 and the government, but it is not respected or encouraged. Most Swazis have lost confidence in our justice system. If you speak up about political affairs that oppose the government, you are seen or perceived as an enemy of the kingdom and you are treated like a criminal. Most Swazis live in fear rather than making their political views known because they are not allowed to speak up [1],[2].

As Swaziland Vigil, we will continue fighting for freedom, democracy, human rights and women’s rights until we are victorious.

Political Parties were and still are banned by the king’s decree of 1973, the king is the only person who makes political, executive and judicial decisions that pertain to the country’s governance and the monarchy. I believe that people should not fear their government, once they start fearing their government, something is not right. People should have rights to voice their concerns in everything. The government should listen to the people, because it is there because of them, without them it wouldn’t exist.

The king of Swaziland is severely opposed to any form of challenge to his rule, as a consequence, he is ready to unleash the security forces on any person(s) deemed to oppose him. Opposition is violently crushed by the forces (Royal Swaziland Police) acting under direct orders from the King.

King Mswati III also uses absolute powers granted by the Swaziland 2005 constitution to enforce a ban on dissenting political views. The constitution gives the King widespread powers: political, economic and social. The King regards his rule as God-given – an opinion shared by his family and all who support him [4][5].

The King continues to spend extravagantly on the security forces much against the advice from the IMF who warned about the ever increasing size of civil service. It is believed that this continued investment in the army and police force is his way to solidify his position. Furthermore King Mswati III also regards those who oppose him as less than citizens. i.e. unSwazi, foreign backed, enemy of the state, unpatriotic and should be eliminated.

Unless there is free flow of information, rights and constitution under freedom of expression, Swaziland is incapable of making the right decisions, innocent and vulnerable people will continue to suffer under the Swazi government.