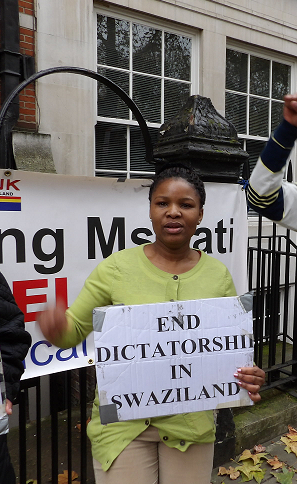 NO FREEDOM OF SPEECH IN SWAZILAND!

People in Swaziland have been ordered not to comment on the controversial sponsorship of a new soccer tournament because King Mswati III has "pronounced" on the subject.

In a stark example of the lack of freedom of speech in the tiny kingdom where King Mswati rules as sub-Saharan Africa’s last absolute monarch, the most senior monarchy loyalist TV Mtetwa has pronounced that ‘members of parliament, [cabinet] ministers and whoever’ must be silent on the matter.

The controversy surrounds the E9 million (about US$900,000) sponsorship of the Ingwenyama Cup tournament by the government parastatal Sincephetelo Motor Vehicle Accident Fund (SMVAF). SMVAF exists to compensate victims of road accidents.

A range of critics said the amount of sponsorship was too much to spend in a kingdom that was presently battling with poverty and a drought. Seven in ten of the King’s 1.3 million subjects live in abject poverty with incomes of less than US$2 a day.

But, the Swazi Observer on Saturday, a newspaper in effect owned by King Mswati, reported on Saturday (21 November 2015) that Mtetwa, who is generally regarded as the ‘traditional prime minister’, said people must stop discussing the topic, ‘because the lion has already roared on the matter' - meaning the king has spoken, and that's final.

The newspaper added, ‘Mtetwa said since time immemorial it had been a traditional norm that no one speaks after the King had spoken.’

The newspaper said, ‘He warned all critics to guard against being seen to be going against pronouncements made by the King.’

The newspaper added, ‘Also sought for comment, was traditionalist and National Court President Ndumiso Dlamini who put it clear that he expected no one to taint what the king had blessed’.

‘He said it was a known traditional or and cultural practice that once His Majesty had spoken, no one is expected to say a word against his.’

What Could Swaziland Possibly Benefit From A Russian Alliance? 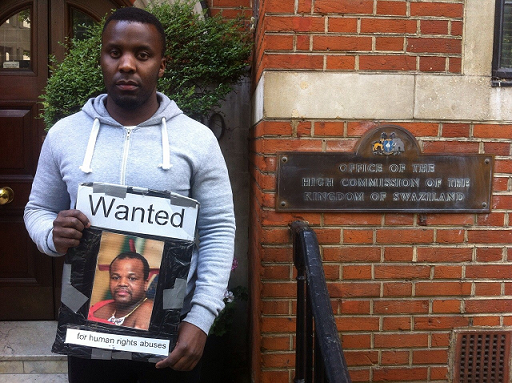 It does not come as a big surprise that a visit by Umbutfo Swaziland’s Defence Force commander General Sobantu Dlamini to Russia in the company of other senior military officers has been leaked to the Times Of Swaziland, because of his sudden illness while he was still in that country on a ‘top secret’ visit. Of course Swaziland is a sovereign country which has the freedom to form alliances with other countries but this comes as no big surprise that the oppressive Tinkhundla System led by the only remaining absolute monarchy in the world has chosen to link ties with a country with a very poor history of democracy and human rights freedoms and which is currently defying international calls to refrain from attacking an independent state Ukraine. Which begs the question, what does Swaziland’s poor majority stand to gain from this country? The obvious answer is that King Mswati is intending to replenish his military might and continue waging war against his own people, denying them their fundamental rights through the vicious tirade of tortures and murders committed by his police force against political activists in Swaziland. We as Swazi Vigil shall continue to demonstrate in front of the Swazi embassy in London and condemn these attacks and denial of civil liberties until they are duly accorded without any constraints and full democracy is attained by Swaziland
By: Dumsani Lokothwako
References:
http://www.times.co.sz/news/103440-sobantu-in-russian-hospital.html