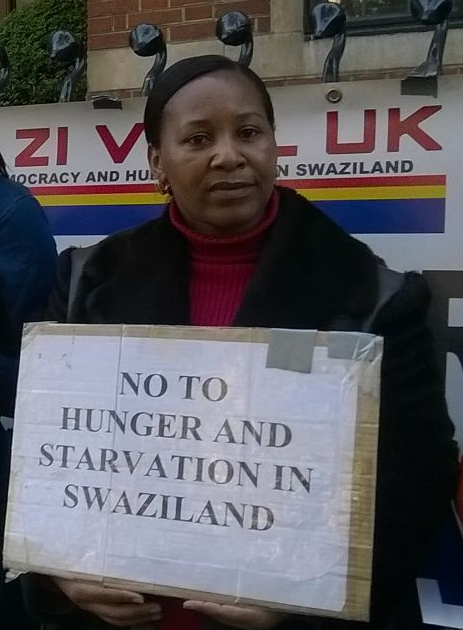 Women have historically been oppressed in Swaziland, and although the recent 2005 constitution provides for equality between men and women, women continue to struggle for their rights. Article 28 of the constitution covers women’s rights, saying, “(1) Women have the right to equal treatment with men and that right shall include equal opportunities in political, economic and social activities. (2) Subject to the availability of resources, the Government shall provide facilities and opportunities necessary to enhance the welfare of women to enable them to realise their full potential and advancement. (3) A woman shall not be compelled to undergo or uphold any custom to which she is in conscience opposed.” These provisions are vague, and many old laws that directly conflict with Article 28 are still on the books.

A 2010 High Court ruling allowing married women to register property in their own names was repealed only a few months later by the Supreme Court. The inability to own property makes it nearly impossible for women to leave abusive husbands, as they would be left with nowhere to live and nothing to their name. Women in Swaziland are essentially classified as minors, with few rights of their own.

Article 3 of the International Covenant on Civil and Political Rights (ICCPR), to which Swaziland is a party, states that “The States Parties to the present covenant undertake to ensure the equal right of men and women to the enjoyment of all civil and political rights set forth in the present covenant”. Swaziland’s self enforcement of this provision has been extremely poor, and other nations have done little in terms of soft law to draw international pressure to the issue.

Many of Swaziland’s outdated laws treat women as second class citizens. One 1889 law, which police are cracking down on,forbids women from wearing mini-skirts or midriff-baring tops. However, the one situation in which this law does not apply is in traditional rituals, where the king may choose his wife from dancing topless virgins. The government argues that forcing women and girls to wear skirts of at least knee length helps to curb the spread of HIV, and discourages rape.

Patriarchy is a system that has long been entrenched in Swaziland, and progress on the subject in recent years has been very minimal. King Mswati III’s thirteen wives are a testament to the fact that women themselves are treated as property, and the fact that women wearing miniskirts are seen as much of a cause of rape as the rapists themselves show little regard that is given to the health and dignity of women.

Violence against women and girls is a very serious problem, placing them at risk of HIV infection in a country with one of the highest prevalence rates globally. The Sexual Offences and Domestic Violence Bill has been under discussion and consideration by parliament since 2006. In 2009 the house of assembly passed the Sexual Offences and Domestic Violence Bill, but still waiting to be signed by King Mswati III.There are also no laws against early or forced marriages, and girls as young as 13 can be married under customary law.

Human rights, trade union and political activists face persistent harassment (at best) and are at risk of beatings, arrests, unfair trials on political charges, ill-treatment and torture. The perpetrators of these abuses are almost never brought to justice. Swaziland authorities are actively using the 2008 Suppression of Terrorism Act and the 1938 Sedition and Subversive Activities Act to intimidate activists and restrict key human rights, such as freedom of expression and association. For example, on 1 May 2014, the president of the opposition party, PUDEMO, Mario Masuku, and student activist, Maxwell Dlamini, were arrested at a Workers’ Day rally and charged with terrorism and sedition for chanting a slogan and singing a song. Human rights lawyer, Thulani Maseko, and Nation newspaper editor, Bheki Makhubu, were sentenced to two years imprisonment in July 2014 for contempt of court after a grossly unfair trial merely for exercising peacefully their right to freedom of expression. Viva Swazi Vigil Viva!!! 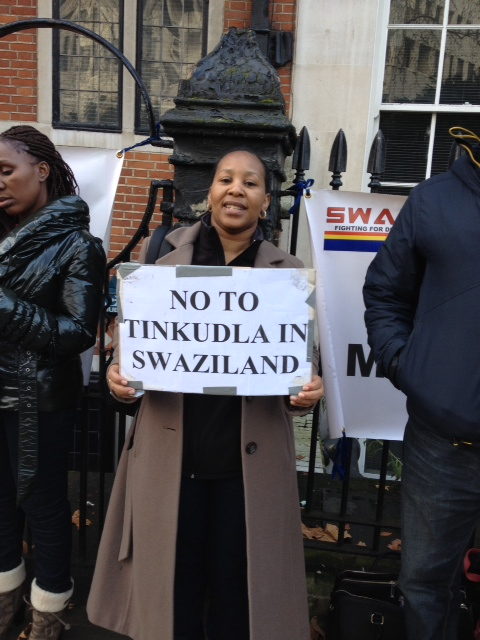 No Mother's Day celebration until the Swazi government aligns the laws of the land with the United Nations Geneva convention laws "Mothers Day"; A day where all mothers globally celebrate social, economic and political achievement and yet on the contrary in my own motherland none of this applies to Swazi women.

Women in Swaziland still face horrendous, ill-treatment and inequality due to the fact that the patriarchal culture still practiced and promoted by the King and the government has the inequalities engrained in it, society still views women as subordinates to men. As a patriotic Swazi Human rights activist and feminist, I call upon the Swazi government as well as King Mswati III to put an end to the abuse of young girls and women. The authorities cannot continue to turn a blind eye on the abuses and injustices faced by both women and young girls. According to ACTSA (ACTion for Southern for Southern Africa), gender based violence is common in Swaziland, women including young girls are raped beaten and constantly harassed on a daily basis. Even though rape is illegal and punishable, acquittal rates prove to be high and surprisingly offenders are even given lighter jail sentences. With high rates of HIV / AIDS we cannot afford to ignore such behaviour. We demand a government which is democratically elected which protects its citizens, we the Swazi people say !!!!
• DOWN with Tinkundla system that's biased which prevents women from participating in politics.
• DOWN with traditional laws that class women as minors.
• DOWN with oppressive legislations.
• DOWN with child marriages .
• DOWN with polygamy we call on King Mswati III, the legislators and the Swaziland government to change laws that discriminate against women.
According to Swaziland's constitution section 28 (2), the government shall provide facilities and opportunities necessary to enhance women's welfare and advancement; the problem with this provision is that the constitution states this is dependent on the availability of resources - of which, as every Swazi who is politically awakened knows, that this is an escape clause, because the government can claim it does not have enough resources at any time if and when it does not want to fulfil its obligations to the women of Swaziland.
We demand the government to make these facilities and opportunities readily available at all times, women's welfare and upliftment should never be compromised, neither be made optional, nor be dependent on undefined and non-precise criteria. We need laws that prohibit and protect young (under-aged) girls from getting married young, furthermore we want a Swaziland that prohibits polygamy.
We demand the people of Swaziland be given the opportunity to elect their desired government, Swaziland should be a democratic country with no one influencing or controlling the supreme executive, legislative and judiciary system. We want all political parties to participate freely without any arrests, torture, intimidation and even death.
By: Nomcebo Ngwenya